Vladimir Terzija was born in DonjiBaraci (former Yugoslavia).He received the Dipl-Ing.，M.Sc., and Ph.D. degrees in electrical engineering from the University of Belgrade, Belgrade, Serbia, in 1988,1993,and 1997,respectively. He is a Full Professor at Skoltech，Moscow, Russian Federation. He is also a Distinguished Professor at the Shandong University, Jinan, China, where he has been since 2013.From 1997 to 1999, he was an Assistant Professor at the University of Belgrade, Belgrade, Serbia. From 2000 to 2006, he was a senior specialist for switchgear and distribution automation with ABB, Ratingen, Germany. From 2006 to 2020，he was the Engineering and Physical Science Research Council (EPSRC)Chair Professor in Power System Engineering with the School of Electrical and Electronic Engineering, the University of Manchester, Manchester, U.K. He has been providing consultancy for major utilities in the UK and continental part of Europe. His research portfolio resulted in projects of the total value more than 50m USD. His current research interests include smart grid applications; wide-area monitoring, protection, and control; multi-energy systems; switchgear and transient processes; ICT, data analytics and digital signal processing applications in power systems. Prof. Terzija is Editor in Chief of the International Journal of Electrical Power and Energy Systems, Alexander von Humboldt Fellow, Fellow of IEEE, as well as a DAAD and Taishan Scholar. He is the recipient of the National Friendship Award, Qilu Friendship Award, China (2019).

Integration of Converter Interfaced Generation (CIG), converter connected demand and mixed ac-dc transmission and even distribution network, significantly impacted the approaches to operation of modem electrical power systems, which became a challenge. To maximize utilization of clean primary energy, the existing approaches had to be redesigned. The nature of the entire system became more complex, expressed in quite a new dynamic, requesting new solutions for monitoring, protection and control. These has to be at the highest standards considering the importance of energy systems, systems playing one of the most critical roles in progressing modem societies, systems enabling functioning of other critical infrastructures in all countries. On the other hand, availability of modem sensor and ICT technology opened new paradigms for coping with previously described challenges. The presentation is aiming at addressing new approaches of monitoring, protecting and controlling of future electrical power/energy systems. In this context, some of typical synchronized measurement technology-based Wide Area Monitoring, Protection and Control applications, also model-free and data driven, will be discussed and presented. Experience gathered from 3 UK flagship multi-million projects funded by Ofgem(UK)Network Innovation Competition, VISOR, EFCC and FITNESS projects, will be summarized and also discussed from the perspective of their extension to another level: integration of different energy systems and approaches for their operation, fostering flexibility and resilience of a particular integrated energy system. Recent results from the prestigious Megagrant AMPaC project(https:// ampac.skoltech.ru/ ), financed by the Russian Federation, will be also presented. The presentation will also attempt to demonstrate some of results chieved through hardware in the loop testing using Real-time Digital Simulator(RTDS). 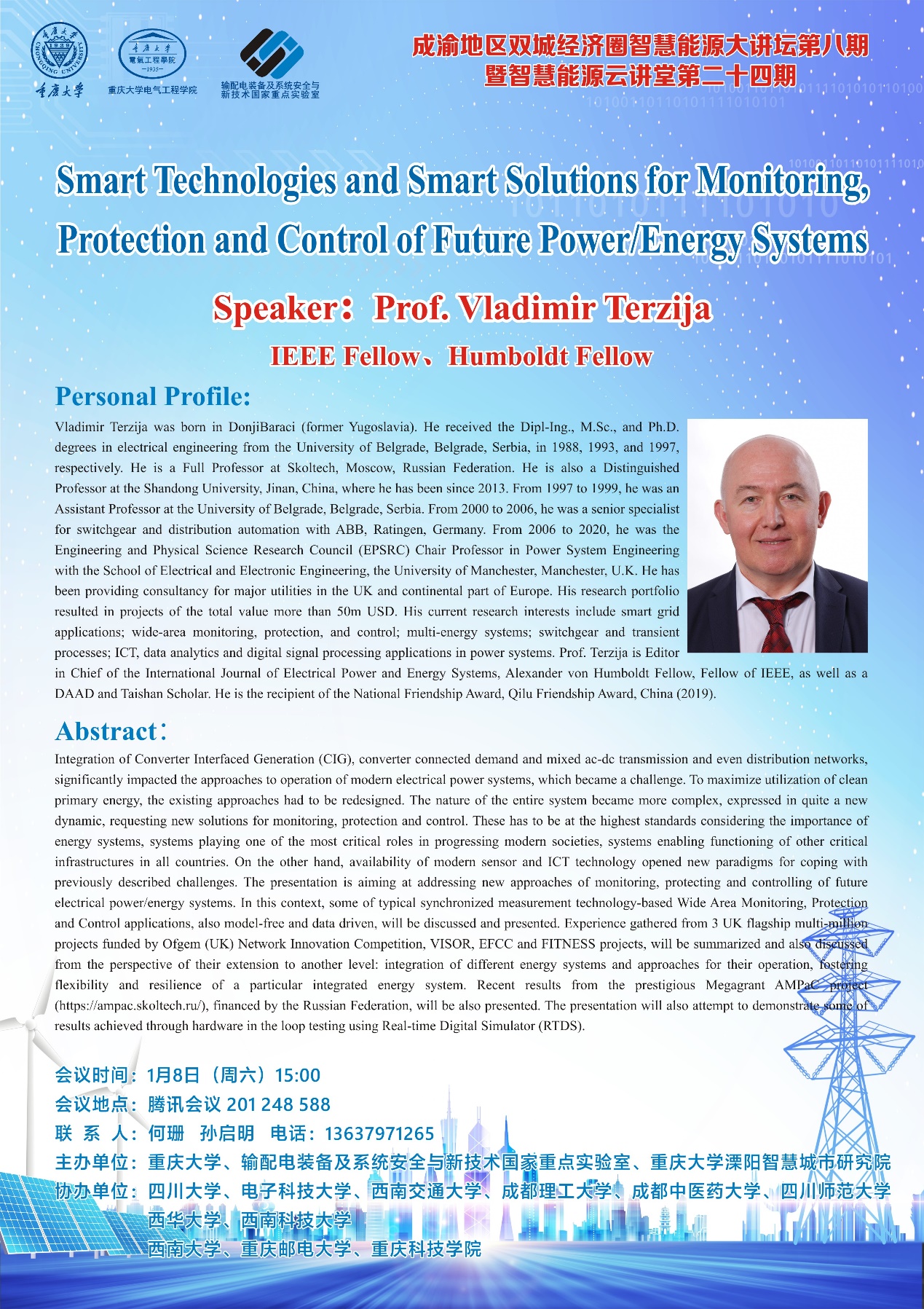